Race and physical therapy school admission is a subject of personal interest to me as I have three adopted sons who fit into three different categories in the PTCAS application. I myself fit into a fourth. I was fascinated to see that the second largest classification in the race category were people who declined to state their race, and wonder if that arose from fear, privacy, or something else. I am new to this world of helping my children through even the discussion of man-made classifications, and found that the concept of race within the world of college applications to be very interesting. So in this article, we will break down the physical therapy school admission process by race in order to see how the 2012-2013 applicant pool fairs within the 160 PTCAS participating physical therapy programs across the United States.

White (not of Hispanic origin) ~ 2/3 of Applicant Pool

There were 1133 applicants who designated themselves as Asian. Interestingly, almost equal numbers of males (562) and females (571) applied to PTCAS in contrast to white (not of Hispanic origin) and those who declined to state where the number is almost twice as many females. The total percent of Asian applicants is the next highest at 7.26%. This is the first category that has a small decline in total accepted class at 5.8%.

A higher number of females (595) compared to males (428) indicated two or more race/ethnicity. The total number of 1026 students is elevated by 3 from those who did not indicate gender. This comprises 6.57% of the total PTCAS applicants. There is a slight decline in overall acceptance at 5.78% for a total of 415 applicants.

With the increasing use of Spanish across the southwest, it is interesting to me that only 2.78% (170 males) and 2.07% (196 females) designated themselves as Hispanic/Latino. The final count of accepted PTCAS students is 58 males and 69 females. These numbers compute to 1.77% of all accepted students. It should be noted that seven schools in Texas do not participants in PTCAS, and their numbers are not added to these statistics.

Only a very small percentage or .24% of individuals considered themselves American Indian/Alaska Native. 18 of the total applicants were male and 20 female. 16 of these were accepted into a program. This comprises an almost equal percentage between the percent of those who applied at .24% and percent that are accepted at .22%.

A slightly higher percentage of applicants designate themselves a Hawaiian/Pacific Islander at .44%. Like Asians and American Indian/Alaska Natives, there is almost an equal number of male (32) and females (36). There is a decrease of those accepted into programs at .21% for a total student count of 15. It is really hard to say what this means because other aspects of the student profile are not taken into account, and the student sample is so small.

The percentage of applicants in each racial category is similar to the percentage of students who are accepted. I find that fact heartening news. Where there is disparity, I expect that other aspects of the applicant’s profile are paramount. The future of my three sons count on it! What I find as most compelling is that over 12% percentage of applicants, a full 1,910 individuals, do not designate race. This many not seem surprising until you consider only 18 of the 15,616 students leave off gender. I would think to find out why PTCAS applicants choose to leave racial designation off their application would be a good future study for an academic in the physical therapy profession. As for my children, I will have to wait about 13 or more years for college. 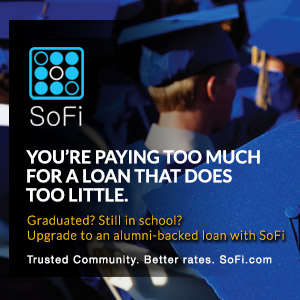